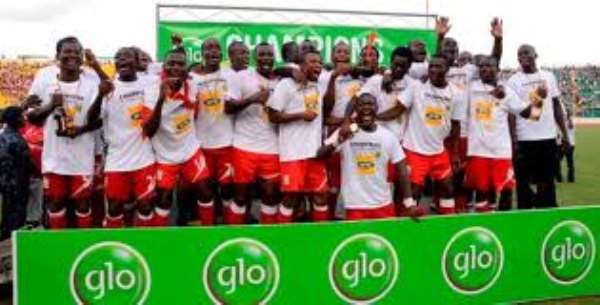 The Porcupine Warriors had to play their first match away from home due to a ban but the league leaders did not leave no stone unturned as they grabbed all three points in that encounter against Aduana Stars.

Kumasi Asante Kotoko have started the league in a sparkling form picking six straight points on the road and also pulling off a masterstroke performance to defeat their bitterest rivals Hearts of Oak at the Accra Sports Stadium last week.

Kotoko is sitting at the summit of the league ladder with six points whiles the visitors (New Edubiase United) is languishing at the bottom of the table with no point from two games played. At this stage, Kotoko would love to keep their pace and pull a sweet win in front of their vociferous fans but if care is not taken Edubiase can spoil their party.

Chelsea is eighth on the ladder with three points whiles Medeama on the other hand is tenth with just two points.

At the Len Clay Stadium in Obuasi, soccer miners, Ashantigold fc will play as host to Wa All Stars. Ashantigold is fourth on the log with four points whiles All Stars is second with the same four points.

Newly promoted side Inter Allies will welcome Glorious Accra Hearts of Oak at the Tema Park.

Hearts of Oak's Thomas Abbey was metronomic against Kotoko and formed a key allegiance with Winful Cobbinah and Sellasie Adjei to pinch holes in Kotoko's defence but coach David Duncan lacks the talent upfront to make a real dent in the opposition defence.

Inter Allies is fifteenth on the table with no point whiles Hearts is sixth with three points. The home side would love to grab their first three points against Hearts of Oak but Duncan's meat will be too tough for them to swallow.

At the Kpando Park, Hearts of Lions will host Amidaus Professionals. Lions have pulled two draws in their first two outings and would want to kick the ground running with a win over Amidaus.

Amidaus is third on the ladder with four points whiles the giant killers is twelfth with two points.

New entrant Bechem United will welcome Mysterious Ebusua Dwarfs to the Bechem Park. Bechem is ninth on the log with two points whiles Ebusua Dwarfs is fifth with four points.

At the Essipong Sports Stadium in Sekondi, Hasaacas will play as host to Aduana Stars. Aduana is seventh on the table with three points whiles Hasaacas in eleventh with two points.

The scientific soccer lads, Liberty Professionals will be at their Carl Reindorf Park in Dansoman to host Alhaji Grunsah's King Faisal. Both clubs have one point apiece but King Faisal is thirteenth whiles Liberty is fourteenth on the table.