World Cup 2014: growing pressure for the return of Eto’o to selection 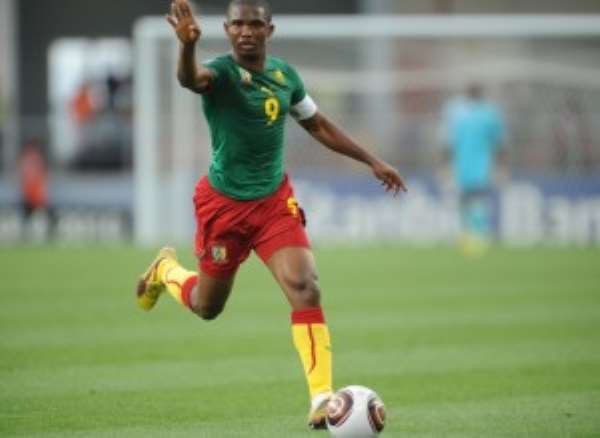 Samuel Eto'o will definitely not be spared the breath if he does not return to selection. Since he decided to get his international retirement, the Chelsea player is constantly under pressure. This time, it is the association of traditional leaders and dignitaries, Bassa-Mpo'o – Bati of Cameroon, which begs him to change his decision.

In a letter sent last week to the former Anzhi player, they say they have learned with 'bitterness” his decision.

“It is with bitterness that we : your parents, grandparents, patriarchs and dignitaries of the Bassa people Bassa-Mpo'o – Bati of Cameroon, have learned your sad decision to quit the national team for personal reasons “ , can be read in the correspondence. After having reminded him of his countless contributions to sports as well as their society, traditional dignitaries and heads Bassa-Mpo'o – Bati expressed a wish: to see him back in the national team, just for this time of the World Cup.

“We advise you to reconsider your painful decision and if it is not so obvious, accept hanging after leading the national team to the 2014 World Cup,” they wrote.

Before the release of these dignitaries of Bassa, village of origin of the four-time African Golden Ball holder, it is the National Union of Cameroonian footballers which begged Eto'o to reconsider his decision. This is shows how important the Chelsea striker is in the workforce of Cameroon. He has also proven it repeatedly. Can he withstand all these pressures? Time will tell. Except that the encounter between Cameroon and Tunisia accounting for World Brazil playoffs is getting closer. It will take place on October 13, and the technical staff of the Indomitable Lions wants to include Samuel Eto'o in their workforce. A pressure more!