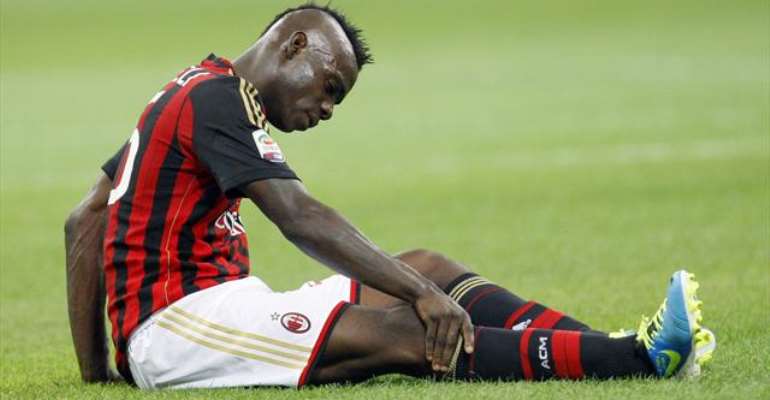 AC Milan will appeal the three-match ban given to striker Mario Balotelli after he was sent off in the 2-1 defeat to Napoli in Serie A.

The San Siro's Curva Sud is also set to be closed for one match following incidents of racist abuse towards opposition fans last Sunday, another decision the club will look to have overturned.

A statement on Milan's official website read: “Milan announces that we will complain against the suspensions of Mario Balotelli and the Curva Sud.”

Balotelli picked up a second yellow card at the final whistle after clashing with opponent Valon Behrami and arguing with the referee.

The dismissal capped a turbulent night for Balotelli which also saw him miss a penalty for the first time in his career, hit the crossbar and score an injury-time consolation.

Unless the appeal is successful, the Italian forward will sit out the league matches against Bologna, Sampdoria and reigning league champions Juventus.

Milan have endured a difficult start to the season and are currently 11th after four matches.