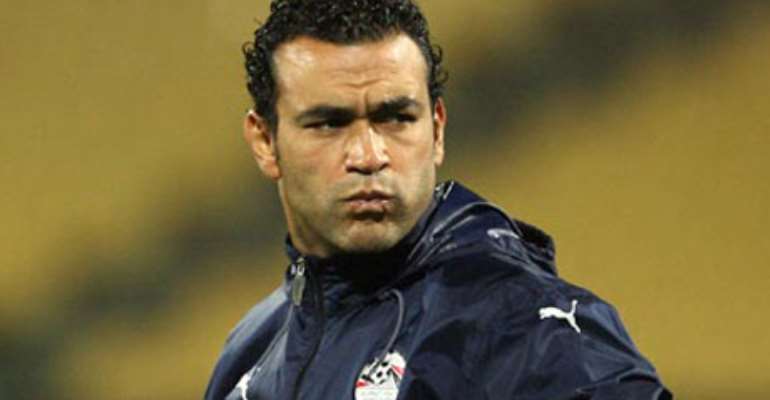 Veteran goalkeeper Essam El-Hadary launched an astonishing attack on Egypt coach Bob Bradley and his technical team, accusing them of being 'liars who only care about their personal interest' after being excluded in the squad to face Ghana in the World Cup playoffs next month.

The Sudan-based shot-stopper was excluded from the ten-man foreign-based players who were called to face the Black Stars in Kumasi on 15 October.

The exclusion did not go down well with El-Hadary who directed his tirade at Bradley, assistant coach Diaa El-Sayed and goalkeeping coach Zaki Abdel-Fattah.

This comes only a few days after El-Hadary said he was keen on burying the hatchet after being involved in a dispute with the technical staff.

The 40-year-old, who is arguably Egypt's best-ever custodian, used to be the team's undisputed number one but abruptly fell out of favour after rejecting a bench role during a friendly game against Chile last February.

“Those people lack respect. They don't respect Egypt, they don't love Egypt,” he said in a phone interview with Egyptian satellite channel Al-Hayat, referring to the three men.

“All their words are lies. I was ready to serve the team in any role but every member of the technical staff gives favorable treatment to three or four players whom he shares some interests with.

“There were players who used to cause many problems and attack the coaches, but now they are present in the national team,” he added.

El-Hadary was overtaken by Ahly's Sherif Ekramy, who has put in some outstanding displays recently as his side qualified for the African Champions League semi-final.

Ekramy was also instrumental in helping Egypt reach the final two-legged phase of the World Cup qualifiers, where they will face Ghana for a place at next year's Brazil finals.

“When anyone asks Diaa El-Sayed or Zaki Abdel-Fattah about me, they simply say the final decision lies in the hands of Mr. Bob Bradley,” added El-Hadary, who has earned 14 international caps since the American manager took charge of Egypt in late 2011.

“Who is Bradley to decide my fate? If this is the case, I will call it a day.”

El-Hadary, who made his name with Cairo giants Ahly and had an unsuccessful stint with crosstown rivals Zamalek, has played a key role in helping Egypt win three consecutive African Cup of Nations titles in 2006, 2008 and 2010.

He now plays for Sudanese side El-Merreikh.