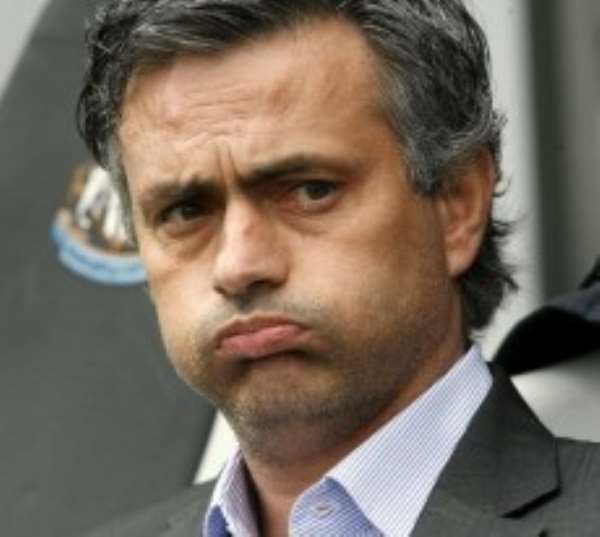 The Blues fell to a shock 2-1 defeat to Basel in the Champions League at Stamford Bridge on Wednesday night, and the manager questioned his squad's ability to handle pressure

Jose Mourinho admitted his Chelsea side lack maturity after they slumped to a shock 2-1 defeat to Basel in their Champions League opener at Stamford Bridge.

Oscar put the Blues ahead just before half-time but the hosts were stunned by second-half goals from Mohamed Salah and Marco Streller in the Group E clash.

Mourinho described his squad as "beautiful young eggs" in his pre-match press conference but was left ruing his players' ability to handle pressure following a second defeat in a row.

"I think the team doesn't have the maturity and personality to deal with certain pressures of the game," Mourinho told reporters.

"We saw that at Everton when they scored just before half-time and again today. When the first negative moment arrives, which is the equaliser, the team shakes a little bit.

"We go home very sad but tomorrow morning we wake up and work on it."

Mourinho handed a debut to €36 million summer signing Willian but watched a toothless display as the Londoners struggled to create chances.

But the Portuguese accepted responsibility for the defeat and is confident that Chelsea will still progress from a group that is completed by Schalke and Steaua Bucharest.

"I don't think it's the time to speak about individual performances," Mourinho added. "We lost as a team. The ones who play well and not so good are all in the same bag and I'm responsible. I like players to shine and to praise them when we win, but when we lose I'm responsible.

"It was not what we expected. Of course not. In the end we lost three points and we must get them somewhere else.

"The three points we lost him, we must get them back. The objective of finishing in the top two is far from lost, we are going to fight for it and I believe very much we are going to achieve."

Akufo-Addo not bound to nominate recommended MMDCE hopefuls ...
55 minutes ago