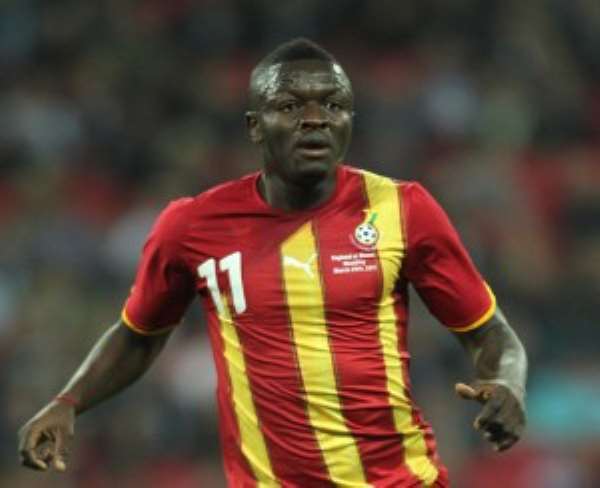 Ghana superstar Sulley Muntari will return to the Black Stars squad for the 2014 World Cup playoffs when they face Egypt next month, GHANAsoccernet.com investigations have revealed.

GHANAsoccernet.com insiders says the in-form AC Milan midfielder will be named in the squad to face the Pharaohs for a place in the 2014 World Cup.

Muntari, who has been in blistering form for AC Milan in recent weeks, was not called for this month's match against Sudan because of a misunderstanding with coach Kwesi Appiah.

The midfielder sent in his apology too late to be considered for the match against the Chipolopolo but after personally speaking with coach Appiah the AC Milan star will be called to help dismantle the Egyptians, the informant told GHANAsoccernet.com.

Muntari, who plays in several positions for Ghana, has been in a fine scoring form for AC Milan over the past few days.

He scored for the club over the weekend in their league match before firing in another goal for the Italians giants in the Champions League on Wednesday night.

There has been a growing call for the return of Muntari and other experienced players in the squad to help the Black Stars beat Egypt to reach the World Cup.

The return of Michael Essien to the Ghana team that beat Zambia delighted many as his form and presence sparked the nostalgia of the performance of the experienced players.