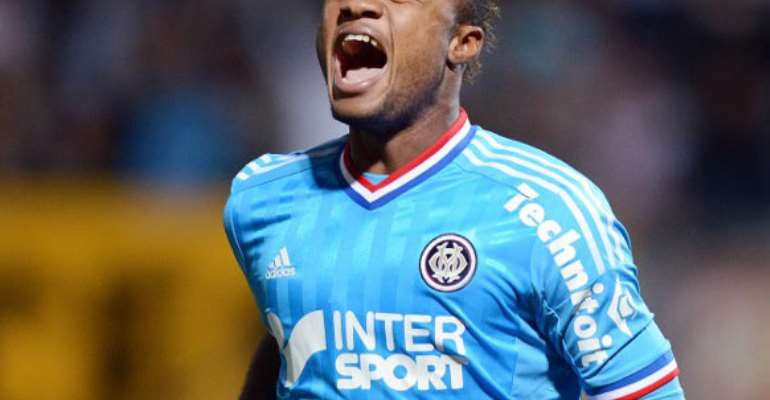 Jordan Ayew was one of three Ghanaian scorer's in the UEFA Champions League on Wednesday night – with Kevin-Prince Boateng and Sulley Muntari the others on target for their clubs.

Jordan came off the bench to score a consolation for Olympique Marseille who lost 2-1 at home to Arsenal.

His older brother Andre Ayew saw full time action and could have even scored in the opening minutes but his glancing header went agonizingly wide.

Arsenal had taken a commanding two-goal lead through Theo Walcott and Aaron Ramsey before substitute Jordan pulled one back late in the game for Marseille.

A spirited second half performance by Schalke saw them record an impressive 3-0 win over Steaua Bucuresti with Kevin-Prince Boateng getting the second.

The game was locked at 0-0 at halftime but goals from Atsuto Uchida, Boateng and Julian Draxler sealed the emphatic win for the Royal Blues in Gelsenkirchen.

Muntari tapped in the second at close range in the 86th minute off a stunning Mario Balotelli free kick to make the points safe for Massimiliano Allegri's side at the San Siro.

Christian Zapata had broken the deadlock four minutes earlier with a deflected effort to give a massive sigh of relief to the Milan faithfuls.