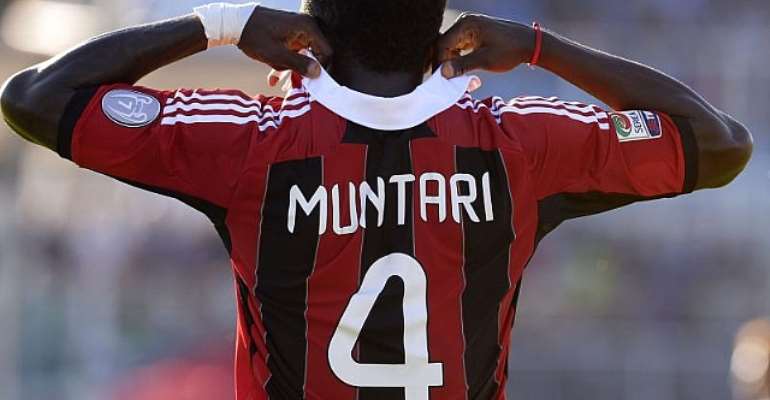 Muntari should have broken the deadlock on 63 minutes when he was found unmarked at the back post by a Zapata cross, but somehow nodded over the bar.

He made it 2-0 soon after Balotelli's free kick was flapped on to the woodwork and he was there to tap in the rebound from point-blank range.

Zapata opened the scoring when he broke through with a bit of luck, as his snapshot looked to be going wide before it hit Izaguirre's shins and was redirected into the near bottom corner.

It was the Colombian defender's first goal in a Milan jersey.