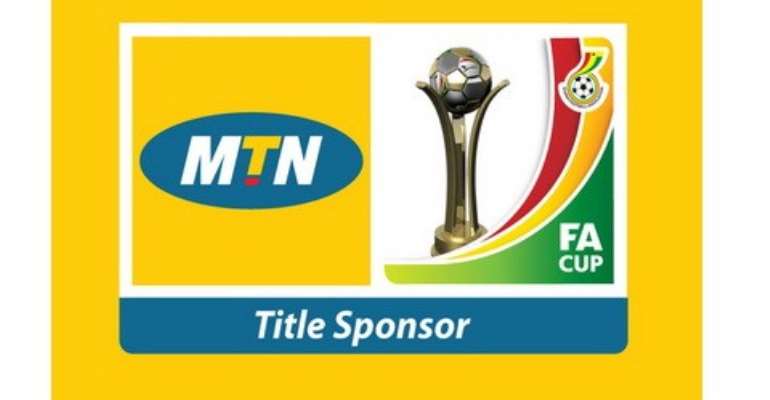 Telecom giants Scancom Limited (MTN) and the Ghana Football Association (GFA) have reached an agreement for the renewal of the prestigious MTN FA Cup competition.

Finder Sports can exclusively reveal that the new contract starts from the 2013/2014 season to the 2015/2016 season which is equal to (3) years subject to renewal.

The three year (3) sponsorship is worth over three million and three hundred thousand Ghana Cedis (GHc 3.300, 000) in direct cash and MTN Products to the GFA.

MTN on their own will also undertake several activations to exploit this unique product worth several thousands of Ghana Cedis.

This will include the sponsor providing MTN credits for the Most Valuable Player (MVP) for each match from the Round of 64 stage to the final match of the competition.

We can also reveal that MTN's innovation of financially supporting clubs from the MTN FA Cup to compete in the CAF Confederations cup shall be continued.

Medeama Sporting Club , the reigning champions of the MTN FA Cup were the first to benefit from the innovation and have been handed a fifty thousand Ghana cedis (GHc 50,000) war chest for their Confederations cup campaign next later this year.

Finder Sports investigations also reveals that the stakeholders favourite, the MTN FA Cup awards have been maintained. Thus during the duration of the new contract, the 4th, 5th and 6th MTN FA Cup awards night will be witnessed.

As with any good contract, there are obligations for each party with their attendant liabilities.

It is expected however that with the good working relationship build over the last three years, the liabilities will never see the light of day.

Another benefit that must be provided well by the GFA to MTN to ensure further renewals in future is the organization of the final match as a grand event year on year.

MTN came to the rescue of the FA cup three years ago at a time that the competition had been in abeyance for over a decade. Since MTN came on board, the competition has become a household name and very competitive with three different winners over the last three years; Nania in 2011, New Edubiase in 2012 and Medeama in 2013.

With the introduction of the financial support to the Confederations cup, the competition over the next three years is expected to be fiercer.

It is expected that GFA president, Kwesi Nyantakyi will append his signature to the document immediately he arrives from Cairo, Egypt this week.