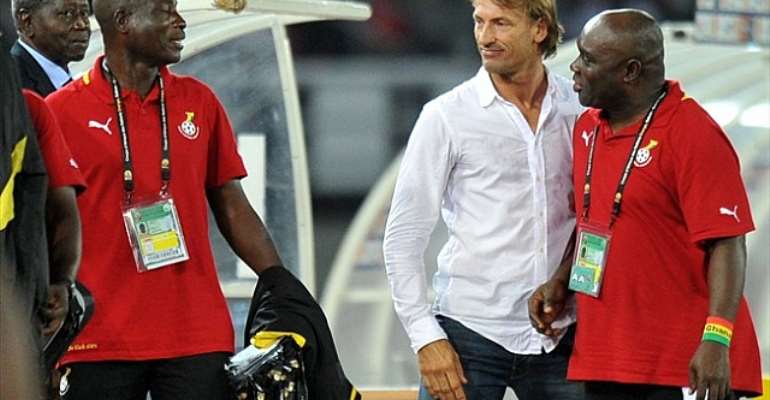 Herve Renard is backing Ghana to go past Egypt

The two African giants will go at each other in a two-legged tie in October and November to determine who reaches Brazil 2014.

The meeting between the two celebrated countries has been touted as the pick of the qualifying campaign.

Both teams boast of an incredible feat on the continent with the Egyptians the most successful with seven crowns in their trophy cabinet.

While fans of the two countries are cautiously optimistic ahead of their engagement,  the Zambia trainer who saw his side edged out by the Black Stars in a group D decider expects the West Africans to scale the hurdle against a tough Egyptian opponent.

“All the best to the Black Stars; all the way to Brazil,” Renard told goal.

“Egypt is the toughest opponent you could draw, but you will do it.”

Renard has a soft spot for the Black Stars after working as a physical trainer for the team during the tenure of fellow Frenchman Claude Leroy in 2008.