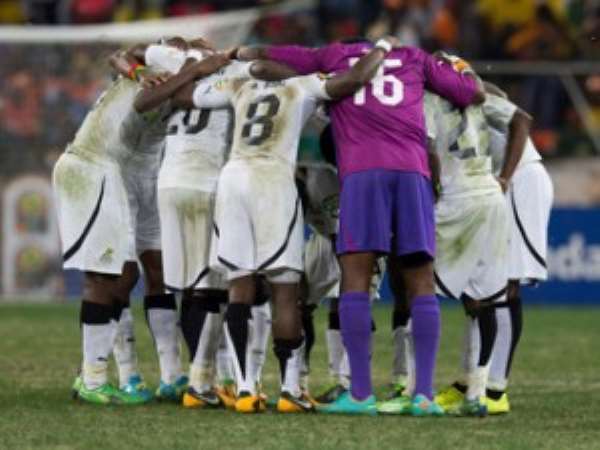 The Ghana Football Association (GFA) has denied reports that they will play Italy in a friendly match in London in October insisting the Black Stars will only concentrate on their clash against Egypt next month.

The GFA insists the Black Stars are fully concentrating on their match against Egypt in the first-leg of the 2014 World Cup qualifying playoffs in October.

It has been reported in the section of the Ghanaian media that the Black Stars will take on Italy in a friendly match in Craven Cottage in October.

Ghana turned down a friendly against Brazil in October to concentrate on the playoffs which will be played in October and November.

The Ghana FA says the Black Stars will only be engaged in the playoffs for the 2014 World Cup in October insisting no friendlies have been planned for that month.

“We have no plans for a friendly in October. We turned down the friendly against Brazil in October because we will only be playing in the playoffs,” Ghana FA spokesman Ibrahim Sannie Daara told Radio Gold.

We have plans for friendlies in November but at the moment we are fully concentrating on the Egypt tie.”

Ghana are among the ten African countries to have reached the final round of qualifiers for the 2014 World Cup qualifiers.