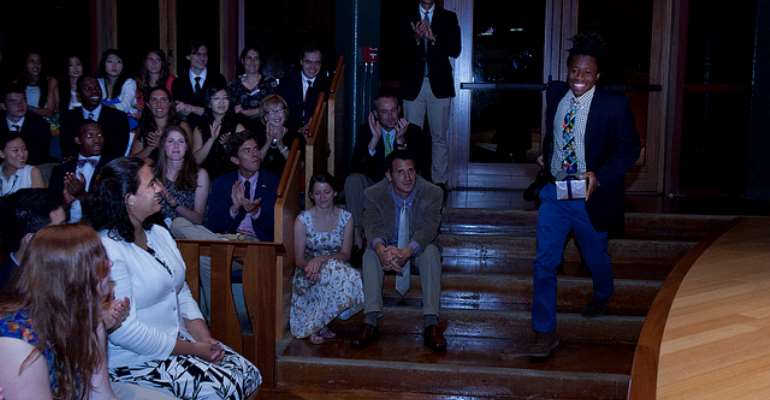 Right to Dream graduate Moro Mohammed has won the prestigious Ely Prize at the Hotchkiss School, in Connecticut, USA.

Moro received the award at the Convocation Assembly of the school last week after a citation explaining the rationale for the award was read to the entire school community.

The prize, which was established in memory of Donald Ely of the Hotchkiss Class of 1947, 'is awarded annually to a member of the Upper Middle Class, who in the opinion of the faculty is outstanding for combined excellence in character, athletics and conscientiousness in study.'

According to Toby Elmore, who is the Boys' Varsity Soccer Coach at the Hotchkiss, Moro received a resounding applause at the ceremony and approval from members of the faculty.

'More than a few faculty members commented to me afterwards how incredibly deserving he is of this,' Toby Elmore said.

Moro started school at the prestigious Hotchkiss School in Lakeville Connecticut, on a four year scholarship in 2010.

Right to Dream continues to deliver world class coaching and a specialised programme of personal development, education and leadership skills to some of the brightest but underprivileged young football prospects in Ghana and Africa as a whole.