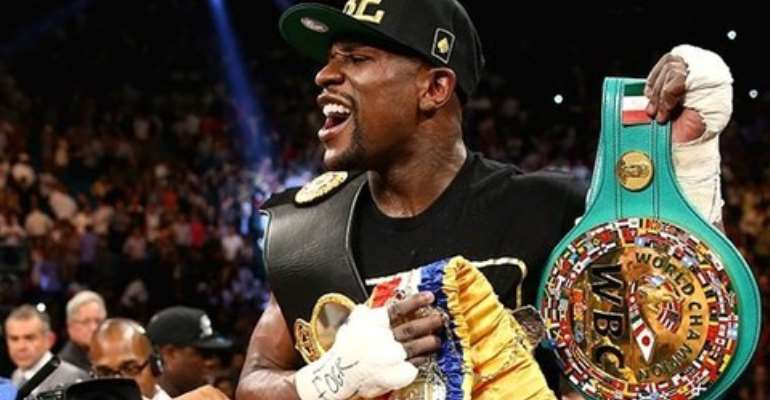 Former IBF Welterweight champion Joshua Clottey believes he has what it takes to end the reign of the best pound for pound boxer Floyd Mayweather Jnr.

Mayweather continued his claim to greatness last Saturday with a victory over Mexican Saul Alvarez in Las Vegas.

The 36-year-old American secured the WBC and WBA light-middleweight titles and stretched his unbeaten professional run to 45 fights.

But Clottey, who made his debut as a middleweight last Saturday when he defeated American Dashon Johnson by unanimous decision at the Paramount in Huntington, New York.

"In this our sport some people go to higher mountains to make their name but if you look at Mayweather I think he is the chosen one, somebody that God has chosen to become what he is," Clottey exclusively told Joy Sports.

“Mayweather has everything and for me he is the best in the World now but the way he fights, if you block his punches and throw back at him you can give him problems.

"So when you are able to do this against him you can win and with my good technique of blocking and defending that will give him problems if I get the chance to face him."