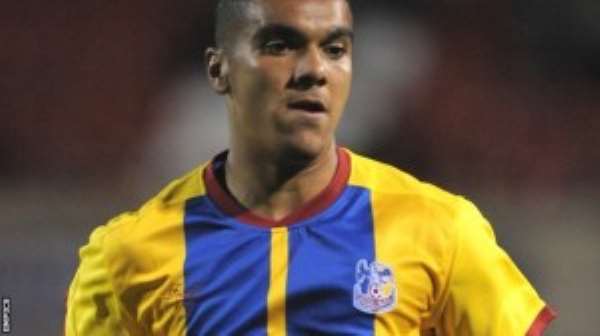 Ghanaian striker Kwesi Appiah has joined made a shock move to the lower league of England by signing for Cambridge United on a month's loan.

The 23-year-old moves from Premier league campaigners Crystal Palace to secure the deal with the club in the obscure league of England.

The move is seen a major step down in Appiah's career who will now join the league mainly of part-timers.

Appiah, who had loan spells at Aldershot Town and Yeovil last term, joins the U's as injury cover for Tom Elliott and Delano Sam-York.

The move will give the striker some playing time and Cambridge are delighted to grab a player of Appiah's calibre.

“It's unusual for us to be able to bring in a senior player from a Premier League club,” Cambridge United's director of football Jez George told the club website.

“It is great testament to our football department that a player of his quality has agreed to join.”

Appiah's only appearance for Crystal Palace this season was as a substitute in their Capital One cup exit to Bristol City.

He joined the Eagles from non-league Margate in January 2012.

Census: People suspect us to be armed robbers, some attack u...
24 minutes ago