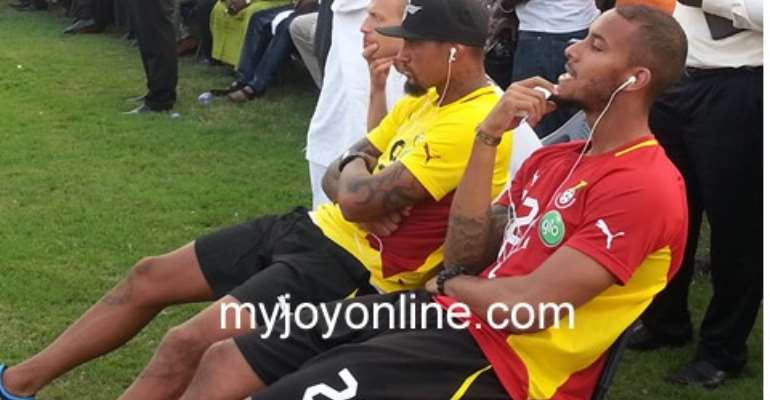 Schalke 04 midfielder Kevin-Prince Boateng has confirmed that he felt pain in his knee before Ghana's 2014 World Cup qualifier against Zambia.

Addressing members of the German press after a training session on Wednesday, Boateng revealed that the situation resulted in his absence from the team that beat Zambia 2-1, adding that it was only a slight concern.

“My knee didn't feel quite right. The pitch wasn't such a good surface to play on because it was a bit hard. That's why the manager and I agreed that I would not play. Every footballer has his only little problems. I have a few slight issues with my knee. But it is nothing terrible. I feel great again now and have also trained well over the last few days. So there is no cause for concern.”

Boateng noted that he has returned from his time with the Black Stars with very positive feelings, adding that like Schalke 04, there are many young players involved in the Ghana national team now.

“Great. The team has changed a great deal. There are a lot of young players involved in the setup, just like here at Schalke 04. Of course, I had to start by getting to know everyone because I hadn't been with the squad for a long time. I have definitely come back from my travels with very positive feelings.”