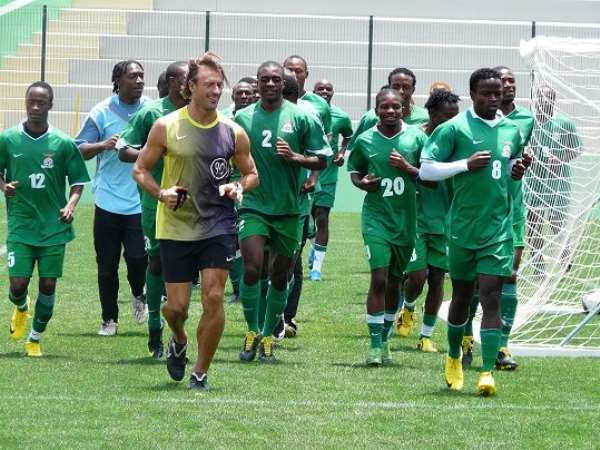 After failing in their attempts to beat Ghana to a qualification slot to the 2014 World Cup, Zambia have been handed a consolation in a lucrative friendly against the World Cup hosts, Brazil.

The five time World champions and the Confederations Cup title-holders tabled down Ghana and the Chipolopolos for FIFA sanctioned international friendly on October 15.

The Chipolopolos will travel to the far East to play the Selecaos at the Beijing National Stadium in China.

Zambian players will take big consolation from the game as they have never played a such a high-profile game before in the nation's football history.

Ghana on the other side who were also being considered by the South Americans have already played them three times in the past.

And, after Brazil made their choice, the Ghana Football Association has already began talks to play either the USA or Italy on October 15.

Both the Brazilian Football confederation (CBF) and the Zambian Football Association (FAZ) have confirmed the game.