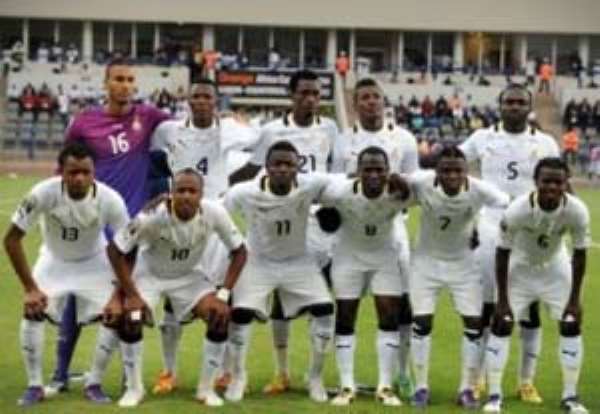 Ghana threw away a first half lead to lose 3-1 to Japan in the Kirin Challenge Cup friendly played on Tuesday in Yokohama.

Frank Acheampong put the Black Stars ahead in the 24th minute when his powerful shot deflected off the body of a Blue Samurai defender.

Ghana opener came against the run of play after Japan had dominated play and terrorized the inexperienced defence manned by John Boye and Rashid Sumaila.

Keisuke Honda missed an open goal from six yards out in the 28th minute.

Yoichiro Kakitani burst through the midfield, latched onto the outlet pass and curled a perfect ball around Ghanaian defence and onto the foot of Honda.

The Black Stars lost the midfield battle with Harrison Afful playing in a strange holding role alongside Yussif Raman Chibsah.

After the break, Japan piled pressure and profited from it five minutes later when Shinji Kawara levelled when he fired past goalkeeper Razak Brimah at the near post.

In the 69th minute, Japan doubled their lead when Yashuito Endo's low-grounder beat a fully-stretched Brimah.

Ghana's coach made changes by bringing on Mohammed Rabiu and Daniel Opare for Afful and Samuel Inkoom.

But that did not prevent the Japanese from scoring on 72 minutes when Keisuke Honda headed in a free-kick taken from the edge of Ghana's area.

Japan beat Ghana 4-3 four years ago also in a friendly.