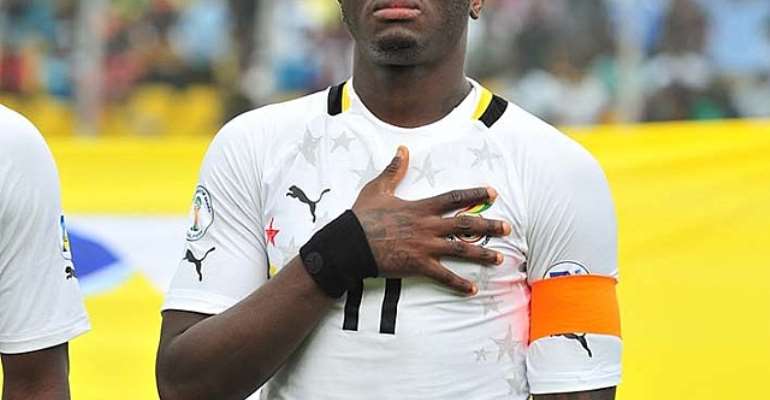 The AC Milan ace was left out of the Black Stars squad that beat Zambia 2-1 to book a seat in the 2014 World Cup play-offs following his insulting behaviour towards coach Kwesi Appiah during June's qualifier against Lesotho in Maseru.

The 29-year-old has since apologized for the conduct which was heavily criticized in the local media.

But the owner of the ambitious Ghanaian Premier League side has re-opened the debate by calling for his expulsion from the team.

“In my opinion Kwesi Appiah should not call him (Muntari) into the team again,” Gedo told Happy FM

“It's about time we take the bull by the horn. How many legs does he have to play the game?

“I have no problems with him.But I'm not those who believe we need him in the team. If the FA will cover up, it's up to them, but from where some us sit and know, he has not shown enough remorse.

“Such behaviours have been too many and it's time we give others the chance. I have seen a concerted effort by some people to do PR work for him.

“Look we should not think that without him we cannot succeed. He does not have four legs.” I will be very disappointed if Kwesi Appiah recall him.

“He should publicly apologize to Ghanaians both on television and radio for us to be sure he has shown true remorse before he is given the chance to play again.”

The Ghana FA has accepted the apology of the former Portsmouth midfielder, meaning he could be re-called for the crucial play-offs in October and November.