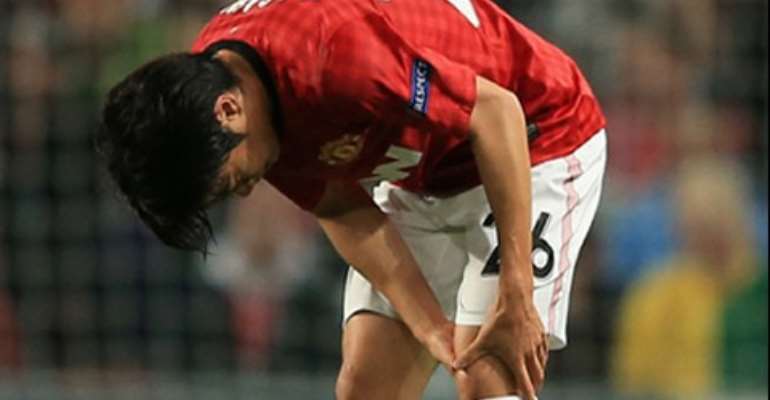 Shinji Kagawa has complained about his omission from the Manchester United team and said it is up to manager David Moyes to explain why he is not playing.

The Japan international is yet to feature in the Premier League this season and, after being an unused substitute for the matches against Swansea and Chelsea, he was not even named on the bench for the defeat to Liverpool.

And after scoring as Japan beat Ghana, Kagawa admitted he is frustrated that he has been marginalised at Old Trafford.

"Please ask David Moyes why I'm not in the side," Kagawa told AFP.

"It is frustrating not playing but to score a goal like that gives me confidence. Hopefully I can take that back to my club with me and things will improve.

"It's hard not playing regularly. Some days the frustration is worse than others -- it comes in waves."

"So it's nice to come back to Japan and get to play, and to score felt good. I just have to keep working hard and keep pushing for my chance. When I get back it will be a challenge to get into the team."

Kagawa's only first-team football for United this season was an eight-minute cameo as a substitute against Wigan in the Community Shield.

The 24-year-old was signed from Borussia Dortmund last summer and scored six goals in 26 games in his first season at Old Trafford.

United rejected an offer from Dortmund to take him back to the Westfalenstadion on loan in the summer transfer window.