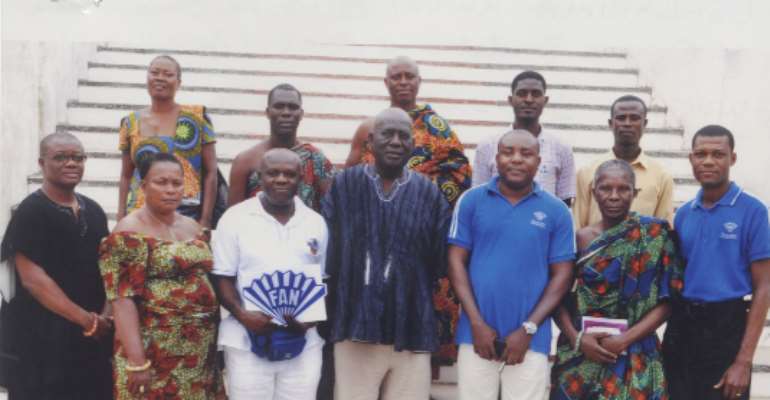 Osabarima Kwesi Atta  made the remarks when a team from Fan Milk made a special presentation of cash, a quantity of products and T-shirts to support this year's Oguaa Fetu Afahye  environmental day at the Emitimadze Palace in Cape Coast in the Central Region.

Osabarima Kwesi Atta used the occasion to invite Fan Milk to next year's Golden Jubilee celebration of Oguaa Fetu Afahye in September 2014, which he said needed their support and participation.

Presenting the items on behalf of Fan Milk Limited, Mr Dziedzorm Gbologa, the Brands Manager, extended the company's felicitations to the chiefs and people of Oguaa Traditional Area on the occasion of successful 49th Oguaa Fetu Afahye Festival in September 2013.

He said Fan Milk on such big occasions valued clean environment, peaceful and healthy atmosphere to receive visitors, dignitaries and all citizens.

He appealed to Ghanaians to help sustain cleanliness and good health as important national values in our various communities.

In his opening address, the National Chairman of Ghana National Scholarship Beneficiaries Association (GNASBA), Mr Baffour Akwasi Oppong, announced that one of the prime objectives of Fan Milk Limited was to help keep Ghana clean and to promote good health, as well as to help improve afforestation.