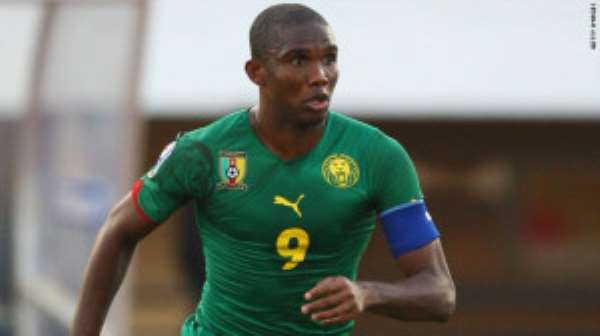 Cameroon striker Samuel Eto'o has retire from the Cameroon national team after helping his side win the final group game against Libya. Eto'o who was sent off due to an injury situation allegedly told teammates that the victory over Libya is  his last game for his country http://en.africatopsports.com/2013/09/08/samuel-etoo-injured-mourinho-very-worried/ . http://en.africatopsports.com/2013/09/08/cameroun-score-libya-1-0-to-book-a-place-in-the-next-round-of-the-2014-world-cup-qualify/