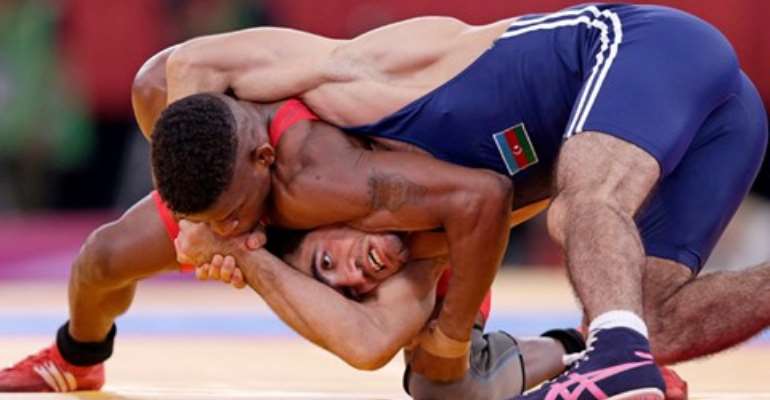 Wrestling has been reinstated as an Olympic sport for the 2020 and 2024 Games after being voted in ahead of baseball/softball and squash.

Wrestling had been dropped from the 2020 Olympic programme in February after the IOC assessed the performance of all 26 sports at London 2012.

On Saturday, the organisation's 125th session awarded Tokyo the 2020 Games.

Wrestling - which was the favourite - received a majority of 49 votes, while a combined baseball/softball bid got 24 votes and squash 22.

The sport - one of the original disciplines at the Ancient Olympics - had been due to end its Olympic participation at Rio 2016 following its dismissal by the IOC earlier this year.

English 2010 Commonwealth bronze medallist, Leon Rattigan, told BBC Sport: "I am so pleased that the pinnacle competition to which we all aspire is saved.

"Wrestlers across the world continue to have something to work for."

Wrestling's triumph in the vote follows a number of sweeping reforms made following its exclusion, including overhauling its rules, administration, gender equality and operations.

Fila president, Nenad Lalovic, said the IOC would not regret its decision: "With this vote, you have shown that the steps we have taken to improve our sport have made a difference.

"I assure each of you that our modernisation will not stop now. We will continue to strive to be the best partner to the Olympic Movement that we can be."

Earlier on Sunday, Lalovic had declared during wrestling's presentation to IOC members: "Today is the most important day in the 3,000-year history of our sport."

Squash suffered its third failed bid to take part in the Games for a first time. It had topped an IOC vote in 2005 for Olympic inclusion but failed to get the required two-thirds majority. It then failed again in 2009.

"Today's decision is heart-breaking for the millions of squash players around the world, particularly given the 10-year journey we have been on to join the Olympic Games Sports Programme," World Squash Federation president, Narayana Ramachandran, said.

"As the only new Olympic sport on today's shortlist, we believed squash offered something for the future and I still hope that our inclusion may still be possible."

Baseball/softball - which had the son of ex-Cuban leader Fidel Castro, Antonio Castro, in its presentation team - last featured at the Beijing Olympics in 2008.

Wrestling, which combines freestyle and Greco-Roman events, was included in the inaugural modern Olympics in Athens in 1896.

The success of its bid showed the sport had not suffered from a reprimand its federation received last week from the IOC for breaching rules.

The IOC session culminates on Tuesday with the election of a new president to replace Rogge, who is retiring from the role after 12 years