Ghana Fa To File Complaint At Fifa Against Zambia 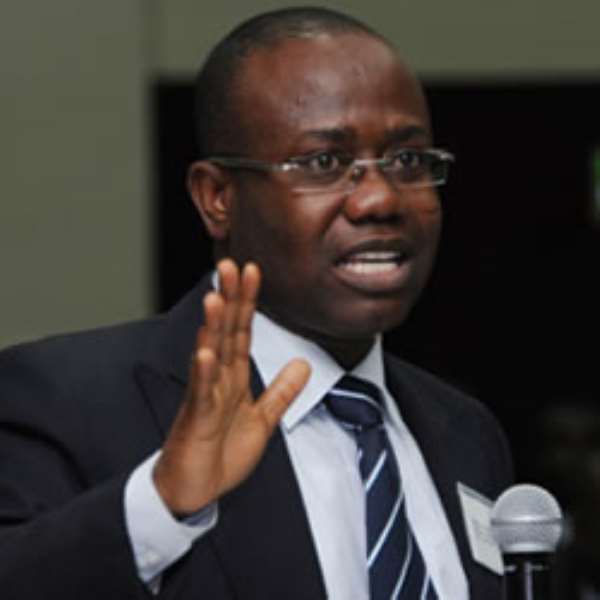 The Ghana Football Association (GFA) will be submitting a formal report against Zambia to FIFA for their provocative conduct before the World Cup qualifier last Friday.

In the days leading to their 2-1 defeat in Kumasi, a result which qualified the Black Stars to the final round stage of the qualifiers, the Zambians made false reports in the media that maligned Ghana's integrity and eroded the purpose of fair-play.

Apart from claiming that Ghana frustrated their attempts to fly directly into Kumasi, they also reported that the Chipolopolo, who arrived on the eve of the match were prevented from training at the match venue.

The Zambian FA sought to conceal their shambolic travel plans by blaming Ghana for their late arrival for the match in Kumasi after their request to land directly in the Garden City was turned down by the authorities because it was not an international airport.

The Zambians rushed to the media with false reports claiming their were being frustrated from landing in Kumasi but concealed the fact that the Kumasi Airport was not an international airport and was undergoing renovation.

They also refused to turn up for their mandatory training scheduled for 4pm only arriving two hours later and when the stadium was closed soon after Ghana had finished its training, the Zambians opted to train in the middle of the Black Stars fans.

This action was meant to provoke the Ghana fans to attack the Zambians so they could go to FIFA to redress hoping they could get another three free points in the boardroom.

Now the Ghana FA is not taking the matter lying down with the President Kwesi Nyantakyi insisting they will submit their complaint to FIFA over the provocative reports by their guest.

“FIFA is already aware but we will send a formal report,” Kwesi Nyantakyi, the Ghana FA chief said in an interview with Ghanafa.org, the federation'e website.

“The strategy to impugn the integrity of Ghana, to malign the good record of hospitality services to our guest did not work.

“There were reports that the Zambians had been refused a landing permit in Kumasi, when Zambia knew that Kumasi was not an international airport, they wanted to land there direct from Zambia.

“There was also reports that Ghana did not offer them the opportunity to train before the match when under the FIFA rules, they were suppose to train the same time as the match and at the same venue as the match.

“In fact, the match venue which was 4pm at the Baba Yara, they didn't turn up, they rather chose to turn-up at 6:30pm and when they were refused entry because it was not even visible at that time, they decided to train on the asphalt at the stadium in the midst of the supporters and that was not acceptable. All these were their own doing.”

According to the Nyantakyi, the GFA were just focused on the game rather than actions of the Zambians.

“They wanted to draw attention from the match and disturb our focus and preparation towards the game. What we did was to concentrate our focus on the game, insulate players and technical team members from those malicious campaigns and make sure we prepared enough for the game.

“We succeeded in getting our team tuned properly for the game and eventually winning the game.”

“We ignored them to their peril. We ignored all the provocations to the point where we decided not to talk about it. Our team was focused, we scored the needed goals and we got the maximum points to land us in the play-off stage.

“We are very experienced in this enterprise, business-like and very focused and professional in our approach and we will continue with this way and I hope we will qualify to the World Cup,” he said.