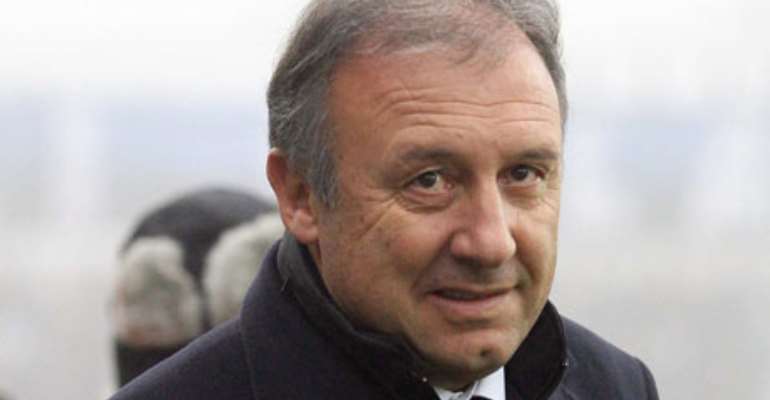 Japan scored three goals in the second half to beat Guatemala 3-0 in a Kirin Challenge Cup friendly match at Osaka Nagai Stadium on Friday night.

Second-half substitutes Honda Keisuke of CSKA Moscow and Kudo Masato of Kashiwa Reysol netted the first two goals for Japan before Endo Yasuhito of Gamba Osaka rounded off the scoring.

Kagawa came close with a shot in the sixth minute from a Hasebe Makoto cross, while Kiyotake had good efforts in the 11th and 23rd minutes.

Osako saw shots from 20 and 25 meters go straight to Guatemala keeper Juan Jose Paredes, while Morishige climbed well to meet a cross from Endo but saw his header curl just over the bar.

As the half drew to a close, Yoshida Maya volleyed over from close-range with the goal unprotected and Kiyotake saw a side-footed effort pushed into the side netting.

After a scoreless first half, Japan boss Zaccheroni brought on Honda for Kiyotake and local hero Kakitani Yoichiro for Osako at the start of the second half.

Five minutes into the second half, his efforts paid off as Honda headed in a Nagatomo Yuto cross at the far post to break the deadlock.

Honda came close again in the 66th minute after being set up by Kagawa following a superb moved by Japan, but the CSKA Moscow attacker's shot was well handled by Paredes.

Endo came close with a mid-range shot, while Kudo forced the Guatemala goalkeeper to punch out a good effort in the 69th minute.

Moments later, Japan were 2-0 up. Hasebe threaded a lovely ball through to Kagawa who set up Kudo for a neat finish from 10 meters.

In the 72nd minute, Kakitani brought the 46,244 fans in the stands to their feet with a 60-meter run from his own half, but he was unable to feed Honda in the box.

But the Samurai Blue's domination continued and they made it 3-0 in the 76th minute when an Endo free-kick went in via a big deflection off the Guatemalan wall.

Kudo had a couple of late chances for the Samurai Blue, while the visitors struggled to trouble Japan's back line and the hosts kept a clean sheet for the first time in eight matches.