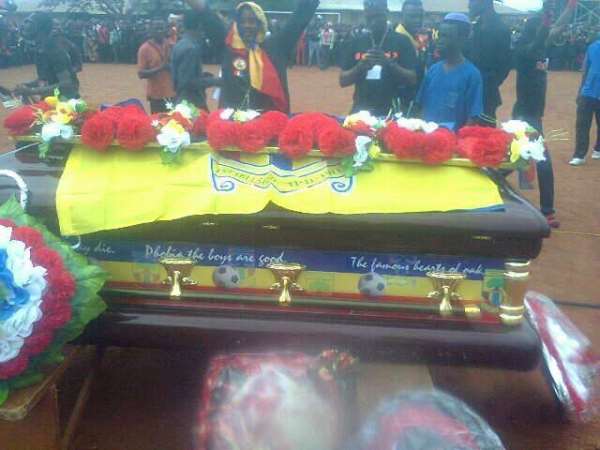 Popular Hearts of Oak fan Kwaku Adusei also known as Kanawu has been laid to rest in Kumasi after huge funeral ceremony on Saturday.

Kanawu, aged 50, passed away a month ago at the Komfo Anokye Teaching Hospital in Kumasi, after months of battle with typhoid fever.

Dignitaries across the football divide including Hearts of Oak and Kotoko officials as well as Ghana Football Association bigwigs attended the funeral ceremony in Kumasi.

Thousands of Hearts of Oak and Kotoko fans as well as football enthusiasts paid their last respect for the much-loved passionate football fan.

Kanawu was known more commonly for his powerful yet humorous rhetoric which earned him a name as an avowed Phobian who lived and tormented Kotoko fans in Kumasi – where he stayed and died on Wednesday.