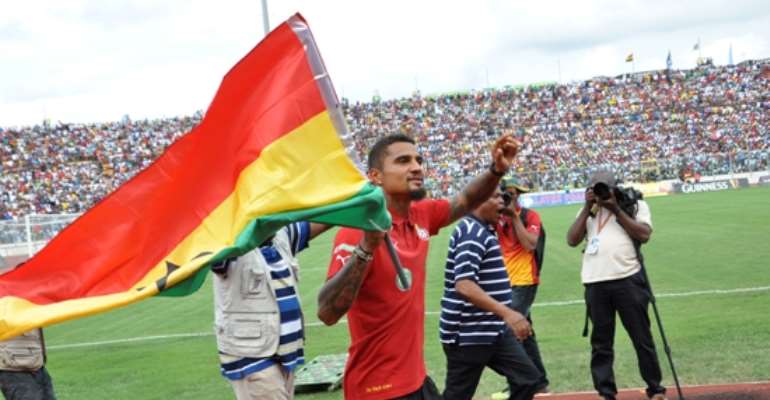 Kevin-Prince Boateng got a rousing reception in Kumasi while doing his personal lap of honour before Ghana's 2-1 win over Zambia on Friday.

The Schalke star surprised everyone at the Baba Yara Stadium as he jogged round the pitch wielding a Ghana flag to garner support for his teammates before they took to the pitch against Zambia.

Boateng has returned to the team haven rescinded his decision to retire from international football after a two-year absence.

A knee injury however robbed the 26-year-old of an opportunity to complete his comeback as he watched his colleagues did the business over the Chipolopolo from the sidelines.

The former AC Milan midfielder received rousing cheers from the packed crowd at the stadium in response to his show of love for the nation.

The versatile midfielder will however get the chance to do battle for Ghana again as the Black Stars have progressed to the playoff stage of the 2014 World Cup qualifiers.