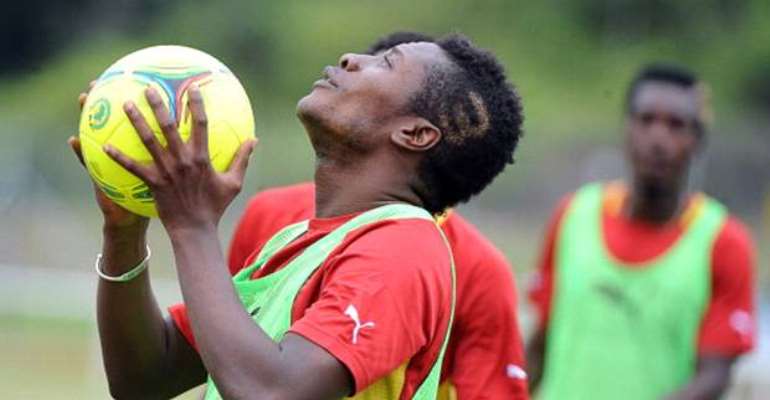 Asamoah Gyan and Michael Essien are amongst ten top stars dropped from the Ghana squad to play Japan in an international friendly on Tuesday.

The Black Stars left on their trip to play the Asian giants immediately after securing a 2-1 win over Zambia on Friday.

The win over the Chipolopolo at the Baba Yara Stadium in Kumasi saw Ghana progress to the playoff stage of the qualifier's for next year's World Cup in Brazil.

The team have now traveled to play Japan in a friendly as coach Akwasi Appiah looks to assess his other options by dropping some of his key players.

Gyan and Essien who played on Friday have been left out of the squad to play Japan.

They are joined by Kevin-Prince Boateng, Andre Ayew and Kwadwo Asamoah.