Zambia Were Better Than Us - Assistant Ghana Coach Konadu 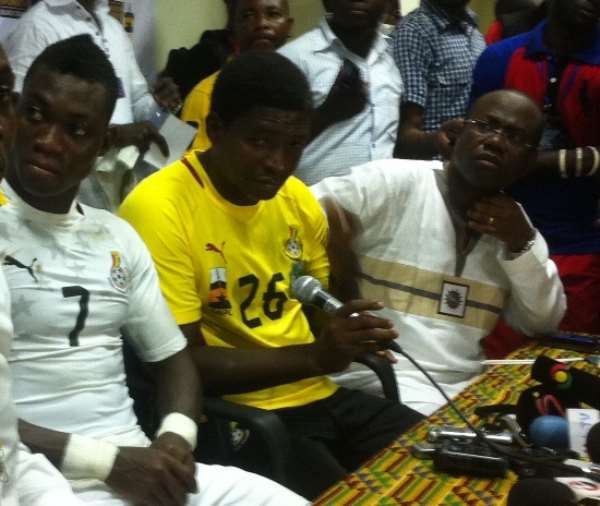 Ghana assistant coach Maxwell Konadu admits his team was second best despite securing a 2-1 win over Zambia in the 2014 World Cup qualifiers.

Goals from Abdul Majeed Waris and Kwadwo Asamoah won the match for the Black Stars who were given a real scare by the Chipolopolo on Friday.

Zambia set up a nervy finish for the Black Stars before their expectant home crowd in Kumasi after getting a goal back eleven minutes after Ghana had doubled their lead.

The Chipolopolo dominated possession especially late in the second half as they gave their all for that elusive equalizer.

Ghana however had way to much experience to see out the game with the vital win which sees them progress in the qualifying series.

Coach Maxwell Konadu who was sitting in for his boss Akwasi Appiah at the post-match press conference was honest enough to admit his side were thoroughly dominated.

'We all agree that I think the Zambians played better in terms of ball possession but like I said we did the most important thing that is to score the goal and win the game,' he said.

Ghana finished the group phase of the qualifier on top of Group D with 15 points - four more than their closest contender's Zambia.

The Black Stars will await a CAF draw later this month to determine their final opponent's in the playoffs for a place at next year's World Cup in Brazil.