Zambia Go Back To 2012 Afcon Final Winning Formula Against Ghana 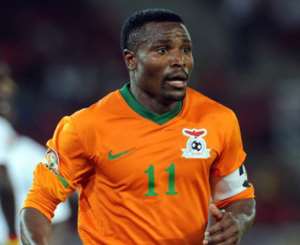 Zambia coach Herve Renard has made just one change to the African Cup of Nations 2012 final winning side with Zesco United midfielder Kondwani Mtonga coming in for Isaac Chansa.

Kondwani is the only locally based player in the starting XI and is likely to sit in front of the back four which will be marshaled by the returning 'tour de forcer' Stopilla Sunzu.

The ever improving Nathan Sinkala is set to play as a box to box midfielder after occupying the holding role during June back to back qualifiers against Lesotho and Sudan at home.

On the flanks, the in-form duo of Rainford Kalaba and Chisamba Lungu gets the nod while Romanian based Fwayo Tembo will be a super sub and expected to come in the second half as a wild card.

Upfront, it's the men who have destroyed Ghana in the two countries' recent meetings with Chris Katongo playing a support striker to that boy Emmanuel Mayuka.

Reports suggesting we have accused police of 'hiding' interc...
20 minutes ago