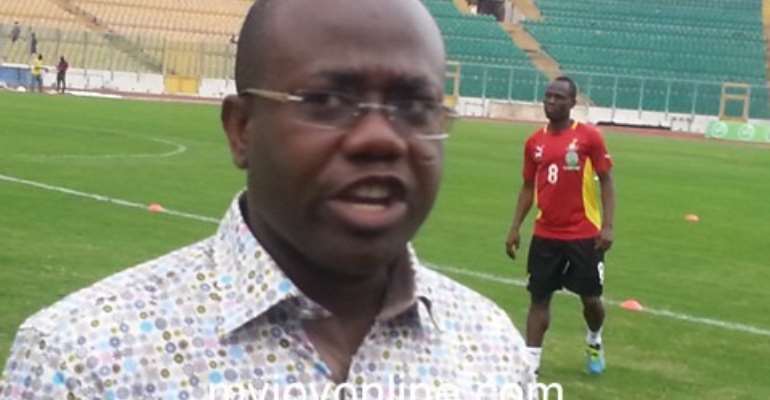 Ghana Football Association Chair has described as “psychological war fare” the tactics being adopted by the Chipolopolo of Zambia ahead of the crucial World Cup qualifier against Ghana in Kumasi on Friday.

Kwasi Nyantakyi told the media shortly before the final training session of the Black Stars that the “talk shop” and tactics by the Zambians have rather instilled in the boys a sense of determination ahead of the game.

He says the player remain focus, as management has tried to “insulate the team from the disturbances” from the visitors.

“The Zambians are trying to put the horse before the cat. They are trying to make issues out of nothing and then cloud us out of this match; disturb our focus so they can come and take advantage of that.

“I describe this as a psychological warfare and we are not at all deterred at all by that.

“What we have done is to conveniently insulate team from these disturbances that have the tendency to disturb our focus.

“I believe they will not give up until after the match, he stated.

Citing some of the tactics being adopted by the away team, Nyantakyi said they are not bothered. We are not interested in the issues they are interested.

“It's a talk show they are trying to put up and we are not interested in that.

Our focus is on Friday's game,” he added.