Boateng Sits Out Ghana's Penultimate Training Ahead Of Zambia Clash 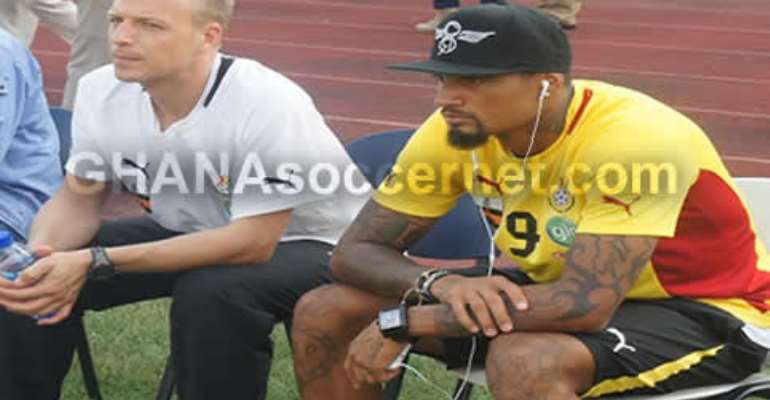 The versatile midfielder was seated on the sidelines with his personal physio as his colleagues trained at the Baba Yara Stadium in Kumasi.

Reasons for Boateng's exclusion from Wednesday's session are not yet known.

The 26-year-old participated in the team's session upon his arrival on Monday.

He has however not been involved in the team's last two training sessions – raising concerns over his fitness in the process.

The issue over Boateng's inactivity in training is likely to come up at Ghana's pre-match press conference expected on Thursday.

The former AC Milan star has not been listed as part of players receiving treatment over an injury ahead of the game against Zambia.

Goalkeeper Adam Kwarasey has been withdrawn from the squad after arriving in the Ghana camp with an injury while Asamoah Gyan makes steady progress in his recovery from a thigh strain.