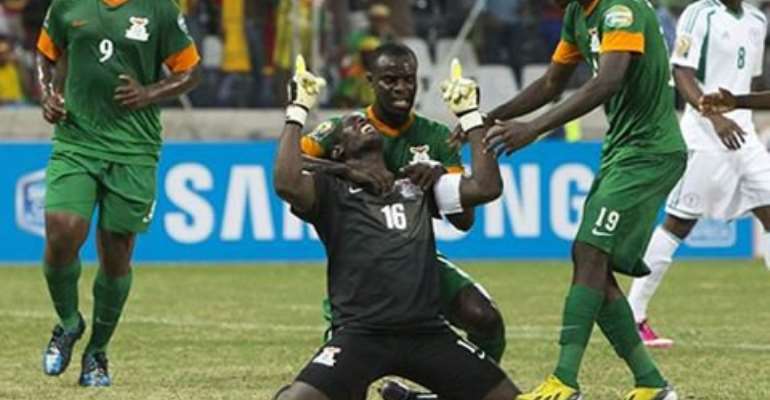 The Zambian national team, Chipolopolo, have aborted their flight to Ghana Wednesday after their chartered aircraft failed to obtain landing permission at the Kumasi Airport - a domestic airport.

They were billed to arrive in Ghana today ahead of their World Cup qualifier against the Black Stars of Ghana on Friday at the Baba Yara Sports Stadium in Kumasi.

Public relations officer of the Zambian national team, Eric Mwansa told Joy News they are "disappointed" in their inability to fly to Ghana today for the crucial match.

He said the team had embarked on a 100-seater plane ready to take off from Zambia only to be told by the Ghanaian authorities that they have no permission to land directly at the Kumasi Airport which is not an international airport.

The team had no choice but to disembark and go back to their hotel, he said.

The Kumasi Airport has been undergoing a number of renovations to enable it accommodate the arrival of big aircraft.

Eric Mwansa, explained that they had initially chartered a big aircraft to Ghana but were told the flight was "too big to land" at the Kumasi airport, compelling them to go for a smaller one which can accommodate their 44 squad team.

But when they got onboard the flight ready to take off, information got to them that, that particular flight has no landing permission for the Kumasi Airport.

He said they are now waiting for "clearance" from the Ghanaian authorities to start their journey, albeit not today.

The PRO said the team is very much aware that the match is scheduled for Friday and assured that it will certainly come off.

The team is currently liaising with the Ghana Football Association to ensure that the match is played on Friday without any hindrance.

The Black Stars of Ghana only need a draw to make it to the next stage of the qualifier.