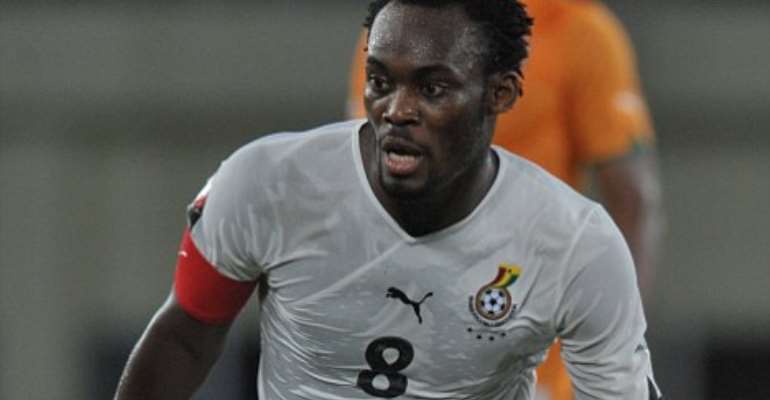 Ghana Football Association President Kwesi Nyantakyi has watered down suggestions that Michael Essien's return is a smart move by the player to revive his career.

Essien announced his availability for the Black Stars last week after a two-year self-imposed exile.

Coincidentally, the 30-year-old is struggling for game time at his English Premier League side Cheslea.

He has not featured in the club's three league matches so far and was an unused substitute in last Friday's Super Cup 5-4 penalty shootout defeat to Bayern Munich.

“We should appreciate the fact that Essien has gone through a lot, the two career threatening injuries that afflicted his life all occurred during his time with the national team,” Nyantakyi said.

“I don't agree with that suggestion because there is no guarantee that if he plays for the national team it will enhance his career opportunities, I do not think that is the motivation for him to come back and play but is out of the love he has for his country.

“All the players are patriotic Ghanaians and that is why they have decided to come and play for Ghana, if you read ulterior motives to their actions you may not be fair to them.”

We stand with Ayine against judicial tyranny, plans to gang ...
3 hours ago