Essien is not using Ghana to revive his career: Nyantakyi 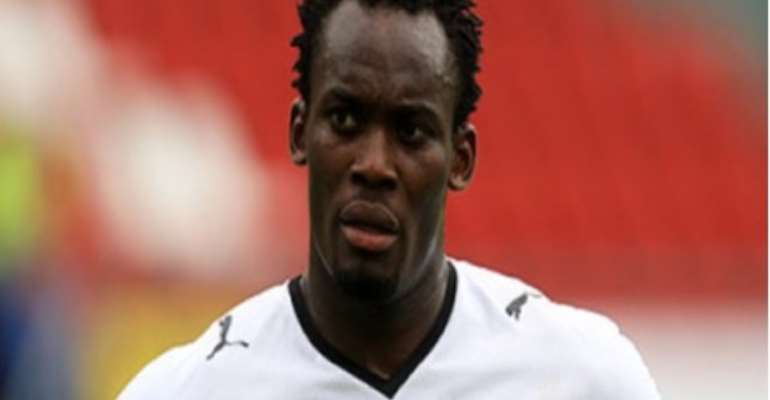 Ghana Football Association President Kwesi Nyantakyi sharply disagrees with the asserting that Black Stars returnee Michael Essien is taking advantage of Ghana to revive his career which seems to be faltering.

The Chelsea midfielder took a break from international football following injuries he sustained playing for Ghana- first was at the 2010 Nations Cup.

The 30 year old, who is yet to play in the premiership for his club side Chelsea after returning on a season long loan from Spanish side Real Madrid this season has been described as an opportunist and is only returning to the Black Stars because he wants to revive his career by some football pundits.

But Nyantakyi who doubles as chairman of the Black Stars management committee disagrees.

"We should appreciate the fact that Essien has gone through a lot, the two career threatening injuries that afflicted his life all occurred during his time with the national team," said Nyantakyi

"I don't agree with that suggestion because there is no guarantee that if he plays for the national team it will enhance his career opportunities, I do not think that is the motivation for him to come back and play but is out of the love he has for his country.

"All the players are patriotic Ghanaians and that is why they have decided to come and play for Ghana, if you read ulterior motives to their actions you may not be fair to them."

Minority MPs stage walk out on approval of deputy ministeria...
20 minutes ago

The Ministry dispatched personnel to ask DCOP Opare-Addo why...
20 minutes ago