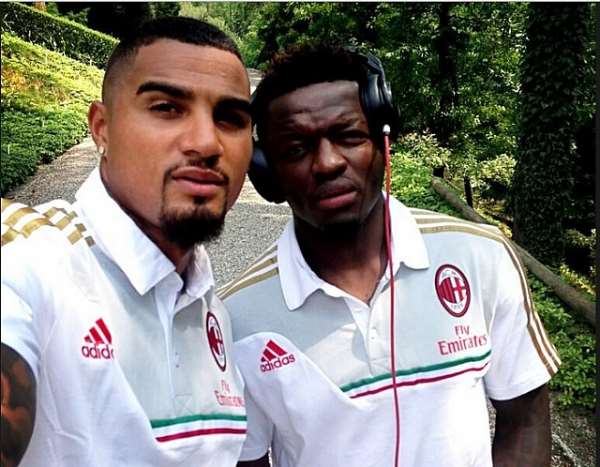 Boateng sealed a shock return to the Bundesliga on Friday when he unexpectedly completed the move to the German top-flight.

Muntari and Boateng are good friends following the wonderful time they shared since the latter moved to the Serie A giants.

Muntari says he will miss Boateng who has already played his first match for Schalke helping them to a victory Leverkusen over the weekend.

“He called me last night and said there was a chance he might be leaving.That's life, these things happen.

“I hope he'll be happy and play as he can. I'll miss him a great deal.”

The two players will meet again in the Black Stars as they are both available to play for their country again.