US Open 2013: Andy Murray says title defence is 'up and running' 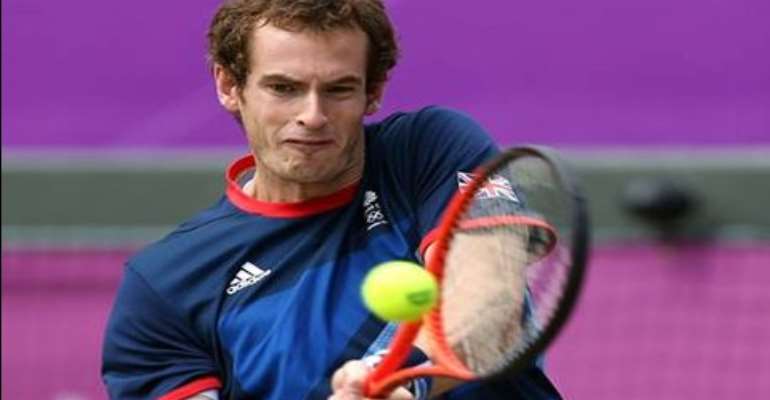 Andy Murray feels his US Open title defence is finally up and running as he prepares to face Germany's Florian Mayer in the third round on Sunday.

The Scot said: "I'm in the tournament now. I play every other day. I'll stick to the same routines pretty much now until the end of the tournament."

The Wimbledon champion, 26, plays world number 47 Mayer for a place in the last 16 at Flushing Meadow.

Murray had to wait until late on day three to open his title defence.

A straight-sets win over France's Michael Llodra was followed by victory over Argentine Leonardo Mayer in four sets on Friday.

Murray added: "I would probably say on Monday I was a little bit nervous or kind of anxious to know what it was going to feel like when I went on the court.

"By the time I got on it Wednesday night, I literally wanted to play. I wasn't thinking about anything else. Maybe in that way it helped me a little bit."

Mayer, 29, has twice been a Wimbledon quarter-finalist but has never been past the third round in New York.

Murray has won their two previous meetings, both of which were on clay, but they were tight matches and Mayer is an experienced and unorthodox opponent.

"He's very tough," said Murray. "He comes to net a bit, he has a good slice backhand, but he hits it with two hands, which isn't how normally you're taught to play that shot.

"He has very good feel up at the net, hits a lot of drop shots. He's a pretty flat ball striker. He has sort of huge, looping strokes. It can be tough to time your split step and know when he's going to make contact with the ball.

"He's caused a lot of guys problems over his career. I'll need to play well to beat him."

After the serve-volleying of Llodra and the powerful baseline hitting of Leonardo Mayer, Murray is not concerned about facing another very different style across the net.

He added: "I think going from playing a serve-volleyer to a guy that plays at the back of the court can take a bit of time because the points develop completely differently.

"But against Mayer, a majority of the points will be played from the back of the court. He's a right-hander; I don't think now it should be an issue."

Murray and Mayer will be on court not before 18:00 BST and will be followed onto Arthur Ashe Stadium by the much-anticipated clash between American number one Serena Williams and number two Sloane Stephens .