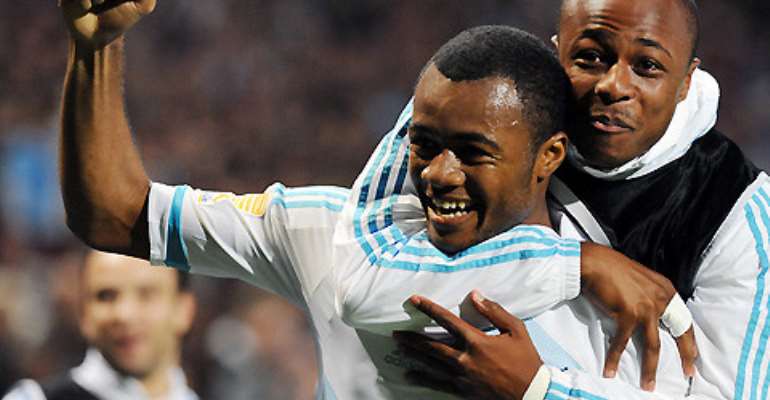 Ghana and Olympique Marseille duo Andre and Jordan Ayew are up against it in the UEFA Champions League as they have been drawn in the group of death alongside Arsenal, Borussia Dortmund and Napoli.

The two Ghanaian players at the French giants will be doing battle in Group F against powerhouses in England who have midfielder Emmanuel Frimpong in their ranks, Germany and an emerging force from Italy.

The draw which was held in Monaco on Thursday evening saw Michael Essien's Chelsea drawn in a relatively easier group alongside Schalke, FC Basel and Steaua Bucharest.

AC Milan with Ghana duo Kevin-Prince Boateng and Sulley Muntari will again be facing Barcelona at the group stage in this year's competition.

The Rossoneri will also battle Ajax and Celtic in Group H while Kwadwo Asamoah's Juventus have also been drawn in Group B where they will be facing Spanish giants Real Madrid, Galatasaray and FC Copenhagen.

Elsewhere, Frank Acheampong's Anderlecht will be doing battle in Group C where they will face Benfica, PSG and Olympiacos while Christian Atsu's Porto will face Atletico Madrid, Zenit St. Petersburg and Austria Vienna in Group G.