Return Of Kevin Boateng, Essien And Ayew Will Cause Disaster For Ghana – Zambia Fa 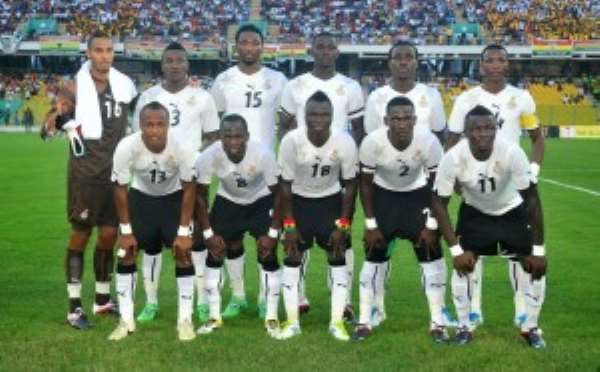 The Zambia FA says the return of Ghana star players Kevin-Prince Boateng, Michael Essien and Andre Ayew will create confusion in the Black Stars which will help Chipolopolo win their decisive 2014 World Cup clash in Kumasi next week.

The Black Stars have recalled some of their key world class players for the match with Boateng and Ayew rescinding their decision not play for Ghana.

Essien made a shock return ahead of the match against Zambia on 6 September after a two-year absence.

The return of the three key players has been seen as the Black Stars clear intention to annihilate the Zambians with many Ghanaian salivating at the prospects of lining up all these players together.

However, the Zambian FA says the return of the three players will cause a massive confusion in the Black Stars, which will help them to defeat Ghana in Kumasi.

“The inclusion of these players will be to Zambia's advantage as they have been out for long and will create confusion in the Ghana team and we will take it,” Erick Mwanza, Zambia FA spokesman said.

“We have the upper hand in crucial matches against Ghana, and we will be out to prove that assertion in Ghana in front of your home fans,” he stated.

Ghana will play Zambia in the all-important qualifier in Kumasi and the Black Stars must avoid a defeat to be able to reach the final playoffs for the 2014 World Cup.