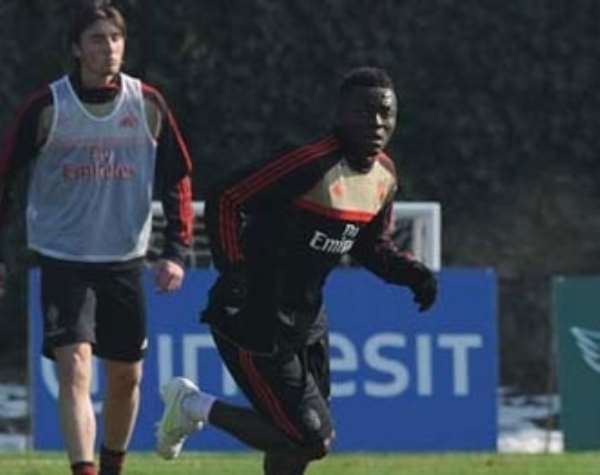 Ghana midfielder Sulley Muntari is set to regain his starting place in the AC Milan team for their Champions League playoff match against PSV on Wednesday.

The 28-year-old played no part in Milan's opening Serie-A defeat at Hellas Verona over the weekend as he was serving a suspension.

Muntari will however return to the side for Wednesday's clash in Massimiliano Allegri's bid to jump-start the season of the Rossoneri.

Milan carry an important away goal going into the second leg match at the San Siro following last weeke's 1-1 draw against the Dutch giants.

Milan are huge favourites to dump out PSV to make the group stage of Europe's flagship club competition.

Muntari could be joined in the Milan starting line up by compatriot Kevin-Prince Boateng who also missed the Serie-A opener through injury.