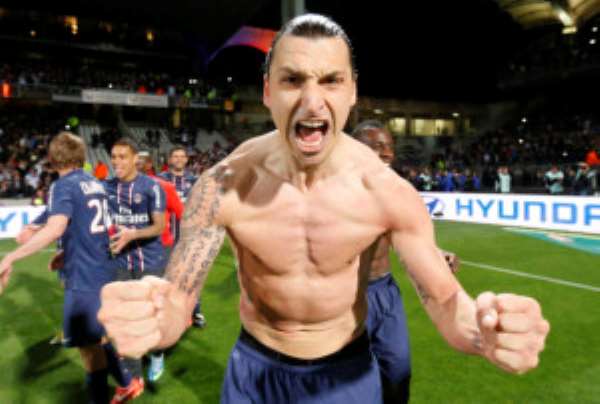 http://en.africatopsports.com/wp-content/uploads/2013/08/ay_109740466.jpg Who wants to be increased at PSG! Africa Top Sports.com asked the question yesterday … For a while, it was almost enough to lift a finger!

Paris Saint-Germain yesterday extended for another year the contract of Thiago Silva . “We are very proud to extend with Thiago who is an exemplary player on and off the field. He symbolizes the will of Paris Saint-Germain to build in the years to come one of the most successful European clubs “ , said the president of the club of the capital Nasser al-Khelaifi in a statement.

And suddenly, the Brazilian international center-back of 28 years has seen his salary gone from 7.5 to 10 million Euros net of tax (excluding bonuses)!

This week Marco Verratti had already been increased for 3 million per year http://en.africatopsports.com/2013/08/20/psg-marco-verratti-increased-3-million-euros-per-year/ .

Threes, who's next? Zlatan Ibrahimovic ! His salary of 14 million Euros would be increased to more than 16 million annually! In against part, must sign an amendment extending his current contract!