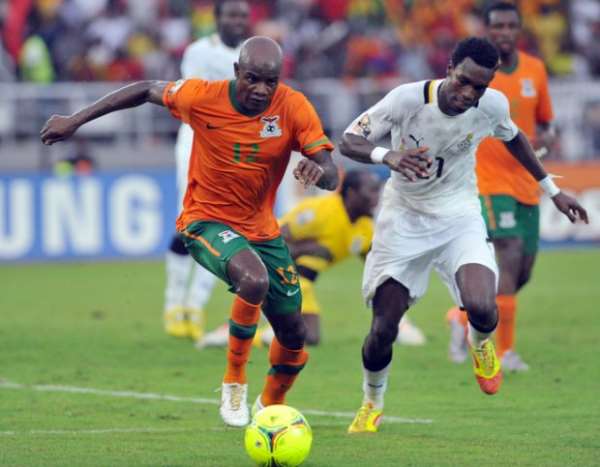 A seasoned Zambian journalist Kennedy Phiri has incurred the fury of his countrymen by saying Ghana will represent Africa better at the 2014 World Cup in Brazil.

The Black Stars are in pole position to progress to the playoff stage of the qualifiers for next year's World Cup at the expense of the Chipolopolo.

Ghana will be hosting Zambia in the final Group D qualifier on September 6 in Kumasi knowing a draw will be just enough to secure progress.

Zambia on the other hand must beat the Black Stars before an expected packed crowd in Kumasi to claim the group's sole progressive slot.

Phiri has however revealed the Black Stars are a better bet than Zambia to do Africa proud at the World Cup in Brazil.

“Objectively it will be nice to see Ghana at the World Cup because they have a quality side and can do well,” he told Metro FM.

“But as a Zambia of course I would love for Zambia to go to the World Cup.”

This revelation by Phiri has not been taken lightly by his countrymen who are now saying the seasoned journalist is not patriotic by tipping the Black Stars as a better side the Chipolopolo.

Zambia have handed Ghana back-to-back-defeats in their last two meetings.

Herve Renard's team first inflicted a painful 1-0 defeat to the Black Stars at the semi final stage of the 2012 Nations Cup where Zambia eventually emerged winners.

They again repeated the doze earlier in the qualifiers where they piped Ghana in Ndola.

They will however be coming up against a wounded Ghana team whose players are extremely determined to exact revenge for the two back-to-back defeats suffered at the hands of the Chipolopolo.