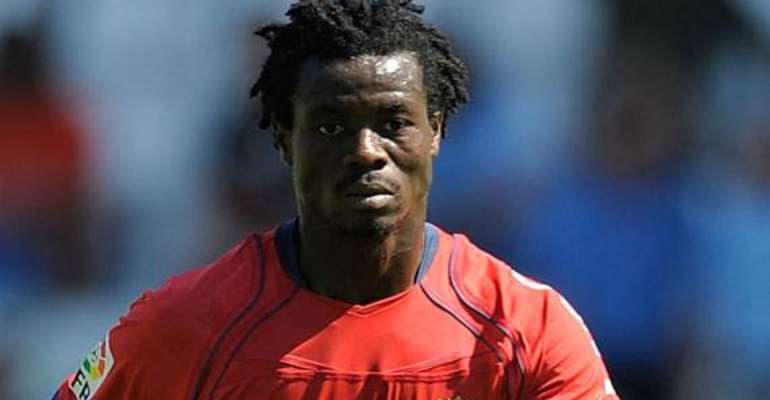 Anthony Annan will be offered a deal at Russian side

The 27-year-old has been told to look for a new club following his return to Schalke from an unsuccessful loan stint with Osasuna.

Annan's inactivity at club level has cost him international football-he has not been called up after the Africa Cup of Nations.

The former Hearts of Oak player's career has been handed a massive lifeline by the  Chechen club.

Annan's agents alongside Schalke officials are studying the offer before allowing the player to travel to Russia to hold further talks.

The defensive midfielder will be the third player to have joined a Russian club within the past year if the deal goes through.

He will be following the likes of Abdul Majeed Waris and quite recently Rabiu Mohammed to have joined the oil-rich league.