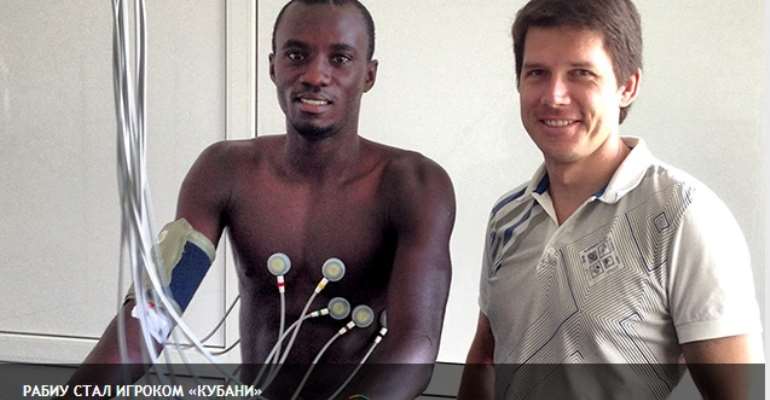 The Ghana international has been signed from French side Evian TG, a club he helped to secure promotion to Ligue 1 three seasons ago.

The Yellow-Greens believe his versatility can help improve their fifth place finish which earned them a Europa League spot.

“Rabiu is a versatile central midfielder whose productivity and decisive passes for the attackers can help the team,” FC Kuban sporting director Sergei Doronchenko said.