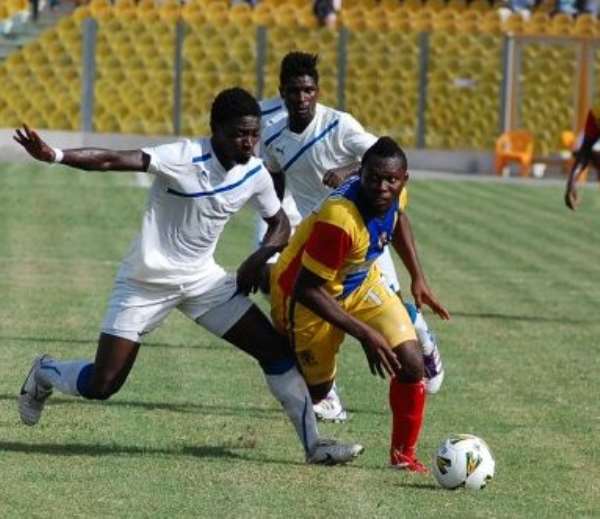 Striker Gilbert Fiamenyo wants Hearts of Oak to retain a good start throughout the season in their bid to reclaim the Premier League title.

The Phobians will travel to face New Edubiase in their first game of the season on September 15.

Hearts aim to reclaim the Premier League title they last won in 2009 by dethroning rivals Asante Kotoko as champions this term.

And striker Gilbert Fiamenyo is willing the side to maintain an expected spring-board start throughout the new season in order to achieve Premier League success.

“The pre-season is going on well and we are all looking forward to the new season with a lot of hope,” he said.

“Last season we didn't start well but had a good finish but we want to avoid this in the coming season.

“We want to start well and maintain it throughout the season and then also finish well so that we can win the league.”

Hearts will host Asante Kotoko in their second game of the season before facing newly promoted sides Inter Allies and Hasaacas on the bounce.