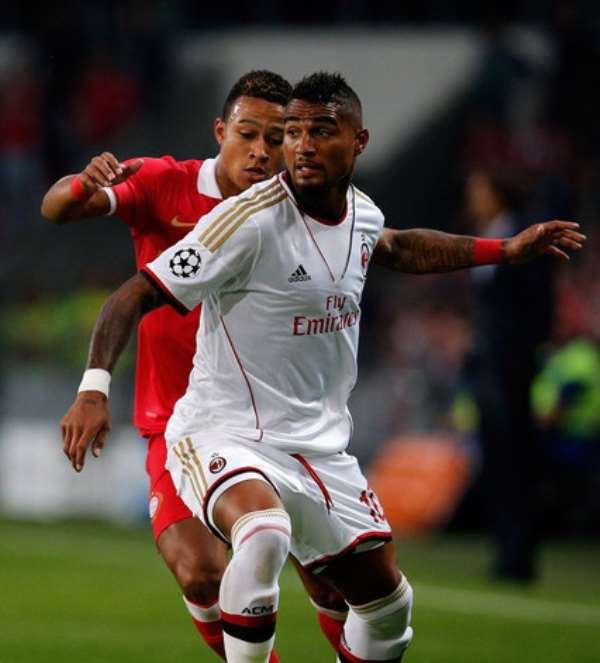 By Akyereko Frimpong Manson
Ghana star Kevin-Prince Boateng limped off the pitch after suffering an injury in AC Milan's 1-1 stalemate with PSV Eindhoven in a Uefa Champions League play-off tie on Tuesday night.

Milan boss Massimiliano Allegri was forced to replace the 26-year-old with French starlet Mbaye Niang in the 83rd minute after he sustained a thigh injury.

Boateng clashed with PSV defensive midfielder Willems in the 82nd minute in a challenge over a loose ball and the enforcer was overpowered.

After the challenge Boateng could not continue with the rest of the eight minutes of regulation time left he signalled to be replaced.

Milan doctors will contact further scans on the injury to assess the extent of the damage as the Rossoneris prepare for their Serie A opener against Hellas Verona on Saturday.