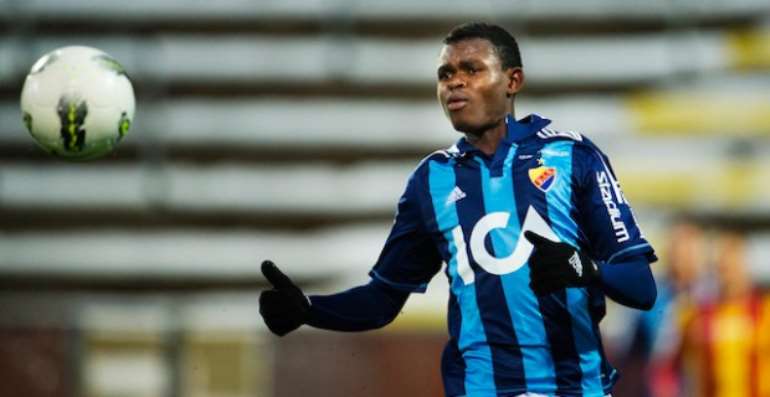 Ghanaian striker Godsway Donyoh was on target for Djurgarden in their 1-1 draw with BK Hacken on Sunday.

The 18-year-old scored to hand Djurgrarden a 9 th minute lead which was cancelled out by Congolese Rene Makondele in the 74 th minute.

Donyoh has now scored two in his last two starts in the Swedish top flight.

His side also featured fellow Ghanaian Yusif Chibsah who played the full game against Hacken who also had Nasiru Mohammed in their starting lineup.

The draw leaves Djurgrarden in the 12 th position in the Allsvenskan – just a point behind Hacken who are in 11 th .

Ibrahim Mahama is not drinking tea with Owusu Bempah; Ghc107...
27 minutes ago

Govt will not purchase covid-19 vaccines to kill people — Dr...
46 minutes ago