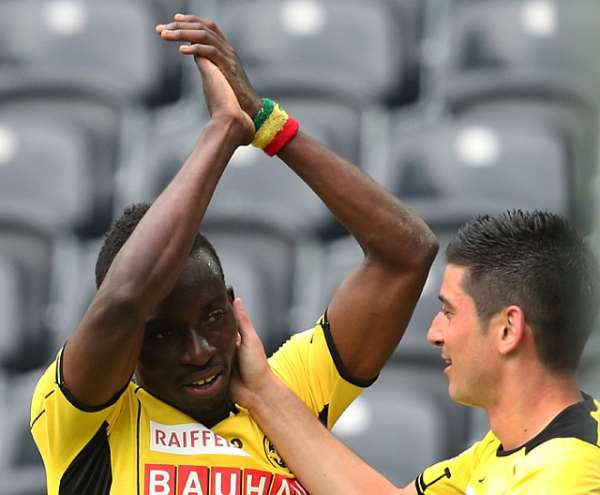 By Akyereko Frimpong Manson
Ghana attacker Samuel Afum opened his season goal account with a stunning brace for Young Boys as they whitewashed lower-tier side Veyrier-Sports 8-0 in the Swiss Cup on Saturday.

Boys manager Uli Forte handed the 22-year-old his first full 90 minutes and he showed his real attacking acumen by setting up three of Boys' first four goals before getting his name on the score-sheet.

Boys took the game straight to their host and Afum's explosive pace on the right flank fetched the first goal as he cut open the defence and laid a pass for Yuya Kubo to connect home.

Sessolo's doubler was a benefit from the former Hearts of Oak man's work and was again involved as Nuzzolo scored the third.

After performing his architectural duties, it was time for the former Ghana U23 attacker to get his name on the score-sheet.

He scrolled unchallenged through three defenders to slot home in the 67th minute and sealed iced the party with the last goal of the game two minutes from time.

Afum was Young Boys' best player during the second half of last season but missed the opening two games of this season due to injury he suffered in the last game of last season against FC Basel.

Young Boys trainer Forte will be delighted with Afum's form and is likely to start him in their game against Grasshoppers next weekend.