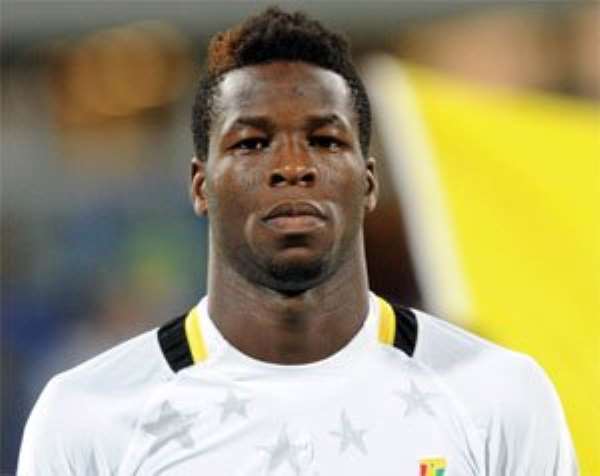 Former Genoa defender Masahudu Alhassan has joined the Italian second tier side, Latina, in order to get regular playing time.

The 20-year-old Black Stars defender, who spent his last season on loan at Novara, has again been loaned out by Udinese, this time, to Serie B side Latina FC.

His dream of playing in the Italian top flight after he was signed by Udinese has been shelved following his new employers' decision to enter a season-long loan deal with Latina for the player.

Alhassan revealed in an interview, 'I am happy with the decision because my interest is to play regularly and I know I will soon make a return to Udinese to play in the Serie A.'

Meanwhile, the left back, who has attributed his progress to God's help, has donated items worth GH¢2,500 to the Imams and sheikhs who educate Muslims and Ghanaians about Islamic on TV.

According to him, the donation was to show appreciation to the spiritual leaders for their time and dedication to Islam, adding that he would donate to the religious leaders annually.

Masahudu expressed gratitude to the people of Ghana for their support and love for the Black Stars adding that their criticisms go a long way to shape the performance of the players.

Imam Abass Abdul Karim, who received the items, expressed gratitude to Masahudu for his kind gesture, adding that the items would be put to good use.