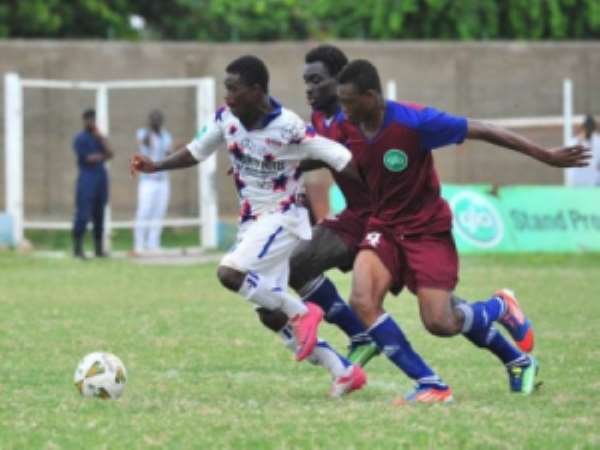 Midfielder Kwame Boahene has secured a free agent status – making him eligible to seal a move to Medeama.

The former Liberty Professionals player has reached a principled agreement to join the Mauves.

The offensive midfielder will sign a contract with Medeama by next week after passing a mandatory club medical this weekend.

The 19-year-old leaves Liberty as a free agent after ending his three-year stay with the Dansoman-based club.

He will become the first confirmed signing of the Mauves who look to strengthen their squad ahead of their Premier League challenge and their maiden campaign in the CAF Confederations Cup.