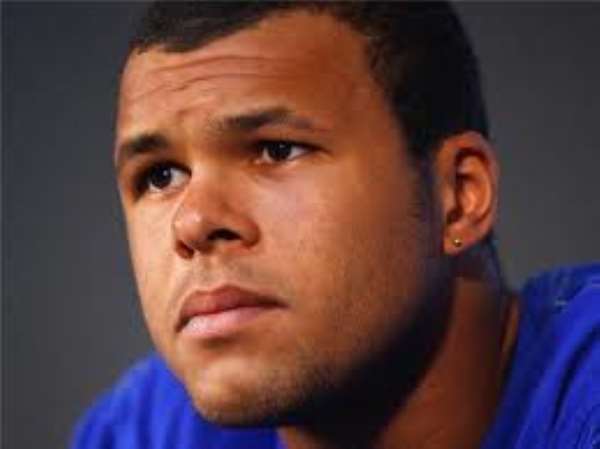 Jo-Wilfried Tsongo will not play the last Grand Slam of the season. The Franco-Congolese injured in the patellar tendon during Wimbledon has withdrawn from the US Open in an interview with L'Equipe «I'm not going (to the U.S. Open). Today I have to take care of myself and make sure I can play at hundred percent, “ said the world No. 8, who had to waive the Montreal Masters 1000 for the same reason.

“The thinking is simple. The doctors told me that I had at least two months for my tendon to be partially healed, and five months to be completely healed. Two months, it is exactly when the US. Open will start, “ he said. Tsonga, who has not appeared in competition since his abandonment on the London grass, hopes to be fit for the tournament in Metz “My knee will dictate the tone. I do not know. I scheduled my return to Metz (from 16 to 22 September). I still have one month, it will come very soon, but I'm optimistic, “he says.

If Tsonga takes time for the tournament in Metz, the French courts will have to find a new effigy on the women's tour (WTA). Marion Bartoli, the seventh player in the world, recent winner of Wimbledon, has indeed put an end to her career.